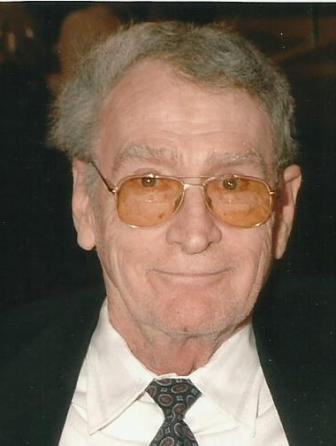 Walter ìOwenî Church, 78, of Arden, died Saturday, August 31, 2013 at the Charles George Community Living Center in Asheville. A native of Buncombe County, he was the son of the late Walter ìDickî and Jo Church. He was also preceded in death by his sister, Peggy Lineberger.

He retired from the US Air Force as a Tech Sergeant, having served in Korea and Vietnam. He also retired as an electronic engineer with Honeywell. He was a member of Calvary Episcopal Church, and was a Mason with the Mt. Herman Lodge.

A memorial service will be at 3:00pm Friday, September 6, 2013, in the chapel of Forest Lawn Funeral Home with Rev. Vic Mansfield officiating. Burial with military honors will follow in Forest Lawn Memorial Park. The family will receive friends one hour prior to the service in the chapel. Memorials may be made to Make a Wish Central & WNC, Johnston Building, 212 S. Tryon St., Ste. 1080, Charlotte, NC 28281; Charles George VA Medical Center, Valor Hospice, 1100 Tunnel Road, Asheville, NC 28805; or a charity of your choice.

Dawn, my thoughts and prayers are with you and your family during this time of sorrow. Please take comfort in knowing that he is no longer in pain and is in heaven.

Aunt Sheila and cousins Donna, Diane, Dawn and Richard and families, my sincere and heartfelt thoughts and prayers are with you all during this time of loss. Uncle Owenís love and warmth will be greatly missed, but he will always be an important part of so many great memories for us all. For me, he was part of a great family upbringing in which my Mom, my brothers and I would get to spend time with you all on many Sundays at the ìfarmî where Mama and Papa, Nanny and Gong Gong and Aunt Bert had houses, pastures, gardens and grape vines. Times when the Bradyís and Churchís could get together were always very special. And Uncle Owen was so special to my Mom; she loved her brother very much. Please know that we will miss Uncle Owen and continue to think of you often. Love, Chris

May the peace of God and the love and assurance of our Savior sustain you throughout this time. Our thoughts , prayers and love are with you all.

Diane,I am sorry about your Dad.He was always kind and respected at Micro Switch.My sympathies to you and your family.

Diane, I am sorry to hear Owen passed. He was a fine man and well respected and I enjoyed the time we worked together. May God Bless you and your family with peace that only comes from him.

I worked with Owen at Micro Switch and he was always nice and kind to me and I have never forgotten this. He will be dearly missed.

I was saddened to read of Owen’s passing. I have such good memories of all the time we spent together. Where did the time go? My thoughts and prayers are with you as you move forward to adjust to life without him. I know it will be hard but with the support of each other you will be able to do it. Hugs and blessings, Debbie