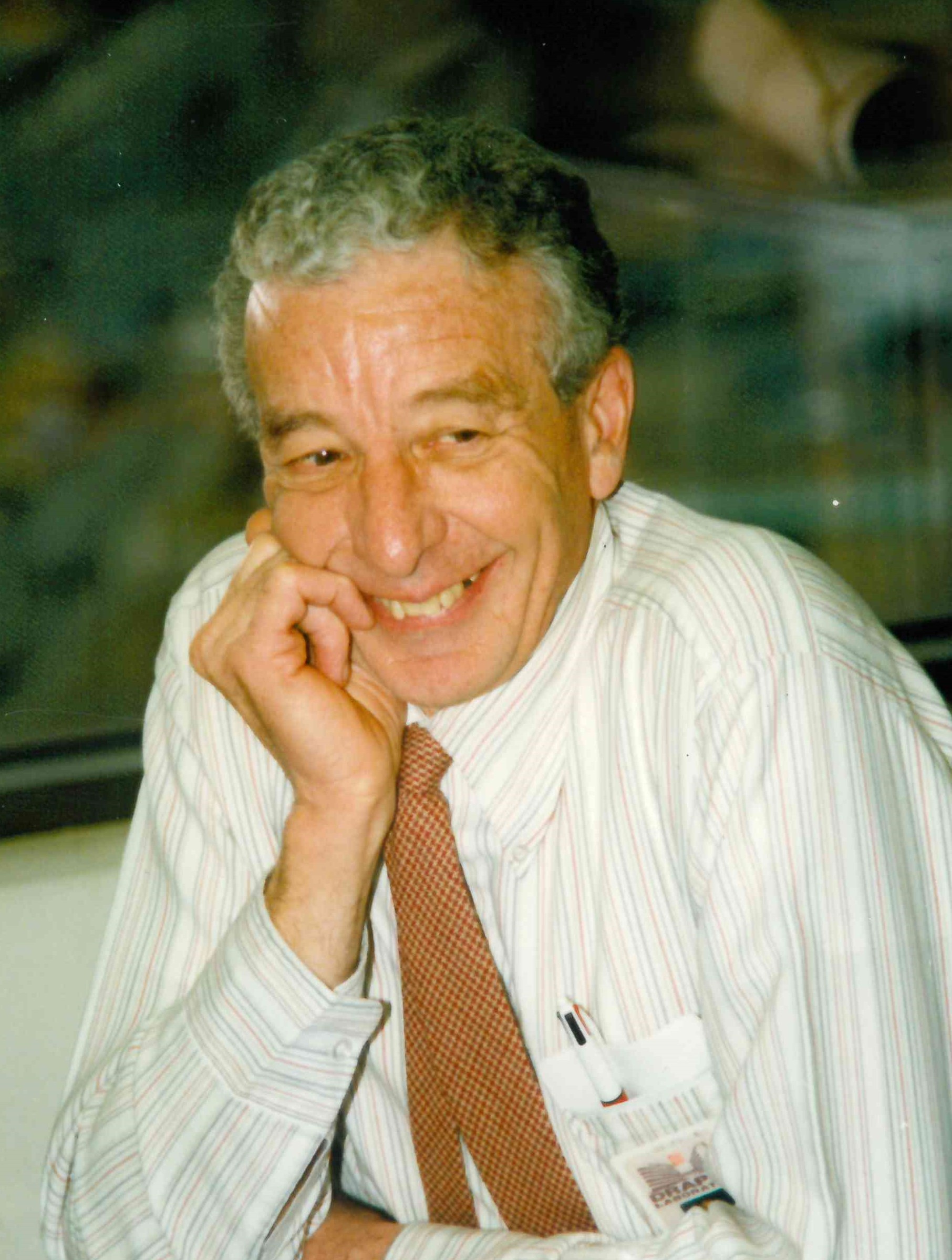 William “Bill” E. Toth, 94, passed away comfortably on February 18, 2022 at Elderberry Health Care in Marshall, NC. He was born prematurely to the late William and Jean Davidson Toth in Queens, NY. He began his little life wrapped in cotton batting and fed through an eyedropper while in a shoebox placed in an open warming-oven. With his extraordinary fortitude, he thrived. Oh, did he thrive!

As a teen he loved working in a bicycle shop fixing bikes. He graduated from Stuyvesant High School then attended Manhattan College, graduating in 1950 with an engineering degree. His first jobs were at Sikorsky in Stratford, CT and Link Aviation in Binghamton, NY. In 1956 he accepted a position at MIT Charles Stark Draper Laboratory where he worked until his retirement in 1988. Some of his favorite projects included working on Apollo programs. He received a NASA Achievement Award, ‘culminating in Apollo 11’s successful achievement of man’s first landing on the moon’. He was also an integral part of the Draper Lab Traverse Gravimeter Team for Apollo 17. His last large project was at the CERN Particle Accelerator in Geneva in the mid 80’s. And all the while restoring our 1795 farmhouse in Bolton, MA!

Always the tinkerer, Bill never purchased anything new, including cars, bicycles, farm equipment and airplanes. The older and more dilapidated the better. After retirement, he completely restored and flew his 1946 Aeronca Champ until selling it in 2006. He enjoyed restoring antique clocks for family and friends. He also donated his time restoring two tower clocks: One at Kendall Hall in Leominster, MA, and the other at the Town Hall in Topsfield, MA.

Bill was also an active member of the Emerson School Building Committee in Bolton MA in the 1970’s. His wife and he spent many memorable times enjoying Europe. His greatest joy, however, was being with his entire family. He was a modest man, always putting family, friends and strangers first. He will always be loved and remembered with a smile by family and friends.

Bill is predeceased by his loving wife of 67 years, Alberta Toth; his sons-in-law, William “Rocky” Fields and Charles Schwartz; and his sister, Frances Schiffer.
The family would like to gratefully thank Dr. Virginia Barnhardt and the staff of Elderberry Health Care for their wonderful care.

A funeral service will be held in the Chapel at Forest Lawn Funeral Home on Friday, February 25th at 10:00am. A committal will follow the service at Forest Lawn Memorial Park, pending inclement weather.

In Lieu of flowers, memorial donations may be made to the Experimental Aircraft Association by mail at P.O. Box 3816, Oshkosh, WI 54903-3816 or online at https://www.eaa.org/eaa/support-eaa/give.