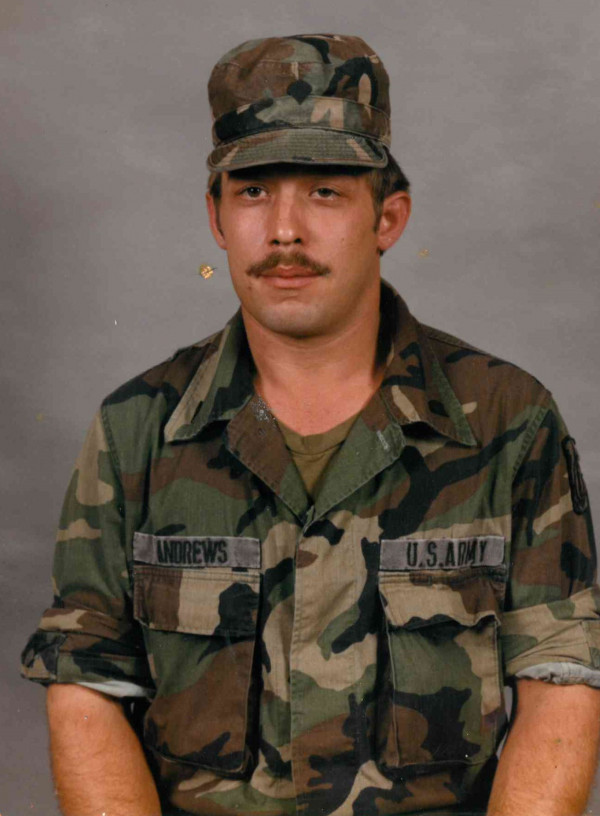 William Clayton Andrews “Bill” was born on 4 February 1960 to Clayton and Iva Andrews in Ocala, Florida.

After dodging this issue on so many occasions, he left this world on 7 December 2022 in the arms of his loving spouse, Ellen.

Bill was a Twelve-Year Veteran of the South Carolina National Guard where he served for and loved this Country.

Bill was the Owner and Operator of “Andrews Enterprise” in Hendersonville, NC.  A Small Engine Repair Shop and Monitor Heater Sales, Installation and Repair Facility.  He loved and valued all his customers and was always willing to take a few minutes to talk about anything with them.

Bill Loved his Family and Friends and He Loved the Outdoors.  Riding Three Wheelers, Four Wheelers or Motorcycles. He Loved Hunting, Fishing and Shooting as well.

Bill didn’t Sugar Coat Anything! He told you how He saw it and if you ask……he would explain the facts as to why he saw it that way.

If you had to describe “Sir William” I would sum up his life this way!

Bill was a good neighbor and a wonderful friend to my Dad. Our sympathy to all his loved ones.

We were so sorry to hear of Bills passing, he was a one of a kind good guy & will be missed