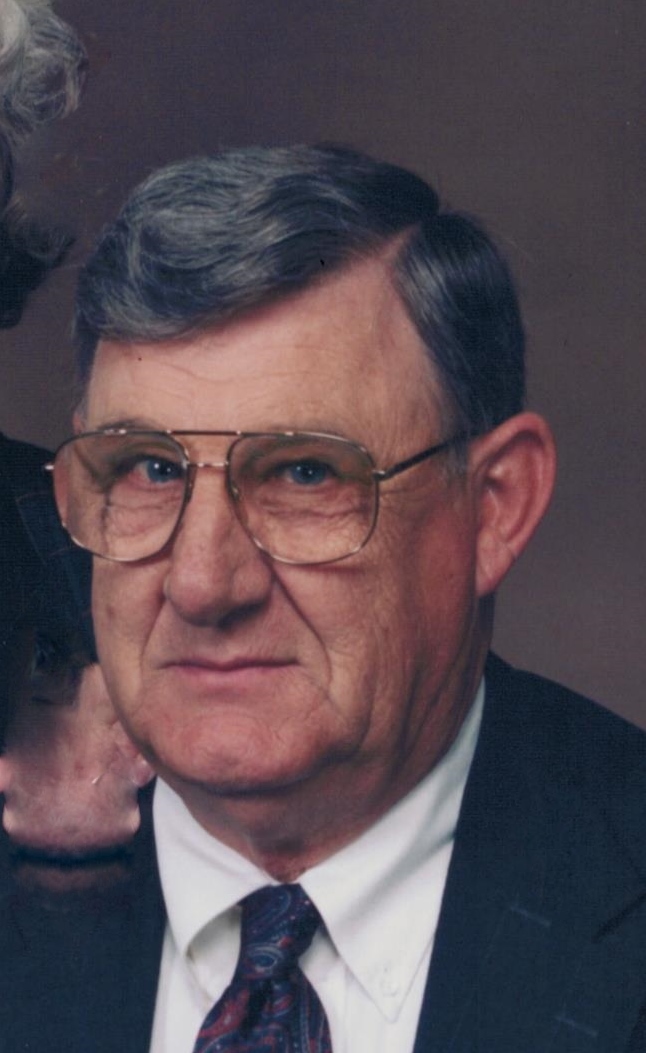 Bill retired from G.E. after 29 years, and was the owner and operator of Bill Dryman & Sons Family Tire since 1971. He was a Navy Airman Chief Petty Officer and served with the P2V Squadron during the Korean War. He loved to sing, and loved his dogs, Max, Dolly, and Lady who were his constant companions.

A funeral service will be at 3pm Sunday, August 2, 2015 in the Forest Lawn Funeral Home Chapel. Rev. Samuel Cox will officiate. Burial will follow in Forest Lawn Memorial Park with military honors. Mr. Dryman will lie in state from 10-1pm Sunday in the chapel. The family will receive friends two hours prior to the service from 1-3pm in the chapel. Memorials may be made to Four Seasons Compassion for Life, 571 S. Allen Rd., Flat Rock, NC 28731.

Kenny, Terry, Michael and families: So sorry to hear about Bill. Last met with your mother and him several years ago for dinner. What a great guy he always was, so loved by many. Your cousin, Jeff, in Colorado Springs.

To the Dryman family.. Sorry for the loss of your loved one. Bill was a friend to all and will be missed. You are in our thoughts and prayers.

Sorry for your loss. Bill will be missed. Enjoyed our talks and the many golf events he scheduled.

Terry, Kenny and Michael, So sorry to hear about your dad . Please know that you are in our thoughts and prayers. Praying for all of you in this difficult time. Your cousin Becky Edwards

Terry, Kenny and Michael, So sorry to hear about your dad . Please know that you are in our thoughts and prayers. Praying for all of you in this difficult time. Your cousin Becky Edwards

So sorry for your loss . We know Bill missed Christine so much, now they are together again and no more pain .

My Dad will really miss Bill so much , they were good friends for many years.

Our families were close as we grew up and how things change so much .

We will keep you in our thoughts and prayers , we love you guys

Sincere sympathy and condolence to the family.

Kenny,Donald and Family; so sorry about Mr. bill passing.All of you all are in my thoughts and prayers.I have to attend my cousins Memorial at the same time on Sunday, so i cannot attend his funeral.I am so sorry, Call me if anything I can do for any of you.love u much

to the Dryman family I would like to extend my deepest sympathy at the loss of your father who was a good friend of mine he was like a big brother to me. My God’s blessings be upon you and your family and bring you peace now and in the days to come. Your friend and brother Richard Pea

Sincere sympathy and condolence to the family.