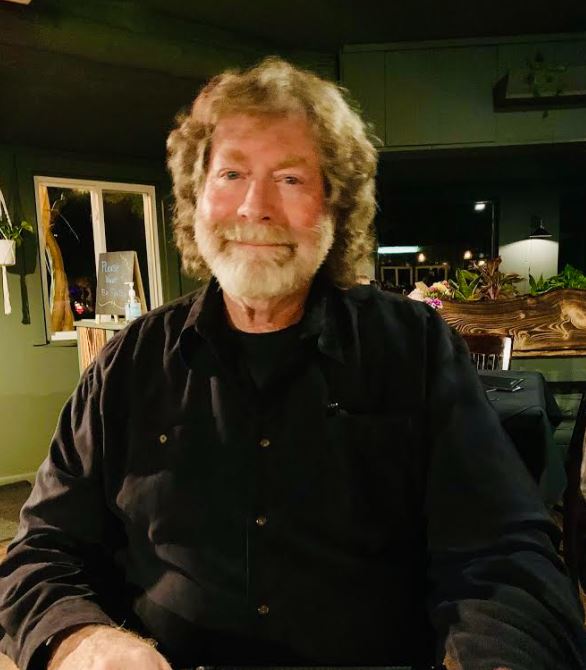 William Leroy Bay III passed away peacefully at Mission Hospital in Asheville, on March 22. He was seventy-four years old. He was a resident of Lake Lure, North Carolina.

Bill was born in Camden, New Jersey, in 1948. In the late sixties he was endearingly called a “six-oh-niner,” referring to the area code in the lower half of the state. He grew up in the communities of Marlton and Moorestown.

He earned a Bachelor of Science degree in Business from Monmouth University. He worked for the state of New Jersey’s Treasury Department for thirty-six years as an Investigator and Department Supervisor.

He was married to Maureen O’Connell for forty-one years. They met on a blind date at Monmouth College, in the early seventies. She bedazzled him with a red dress, blond hair, and striking good looks. He swayed her with generosity, humor, and joie de vivre. Soon thereafter, Bill visited Moe’s parents, Chivas Regal in hand, to seek permission to live with their daughter. The night mostly gone, the bottle emptied, Moe’s stepfather consented. He and Bill had become fast friends.

Bill and Moe lived together, finished college, and tied the marriage knot officially, in autumn, 1980.  The couple lived on the Jersey shore for nearly four decades. He worked for the state; she ran a successful small business.

Their passion for Harley motorcycles took them on road trips from Florida to Maine.

They kept coming back to Lake Lure. In the nineteen-nineties, they bought land there and plotted next steps. Bill retired; she sold her business; they finished building a splendid home in Lake Lure in the twenty-teens; they moved there permanently soon after.

A funeral service will be held at 5pm in the Chapel of Forest Lawn Funeral Home on Sunday, March 27, 2022; a visitation will be available to the public from 3pm to 5pm.

In lieu of flowers, donations may be made in Bill’s honor to the Lake Lure Flowering Bridge at: https://lakelurefloweringbridge.org/. Best Boss Ever…..period. My sincerest condolences to his friends and family. Bill was a truly kind soul that inspired unrivaled loyalty from those in his charge…..for good reason.

Moe, we wish you comfort and peace during this difficult time. What an amazing man Bill was and what a remarkable life the two of you shared. Sorry that we could not attend the service, but it was beautiful to watch online. You boths have been great friends. Bill will be missed, but his smile and laughter will never be forgotten. Our thoughts and prayers are with you and your family.

Moe, we wish you comfort and peace during this difficult time. What an amazing man Bill was and what a remarkable life the two of you shared. Sorry we could not attend the service, but it was beautiful to watch online. You both have been great friends. Bill will be missed, but his smile and laugh will never be forgotten. Our thoughts and prayers are with you and your family.

50+ years of enjoying the friendship of a truly great Brother. A lot of happy memories over all those years. You will be missed by many.
To Moe and your family, we are saddened by Bill’s passing, and our thoughts are with you.

May God bless The Quiet Man.

Bill was a great guy with a wonderful sense of humor. I enjoyed working with him.. a big man with a big heart. My condolences to Moe and family. Will be in my prayers. Rest In Peace Bill.

Moe, Lance and I were saddened to hear the news of Bill’s passing. The two of you had a wonderful adveture-filled life together. May these memories sustain and comfort you in the years to come.

Bill was more than a good supervisor, he was a kind and considerate professional, a true gentleman in every sense of the word. It was my pleasure to be assigned to his unit. My deepest condolences to Moe and the rest of his family. RIP Bill.

Bother Bill, you will be missed by many, Godspeed