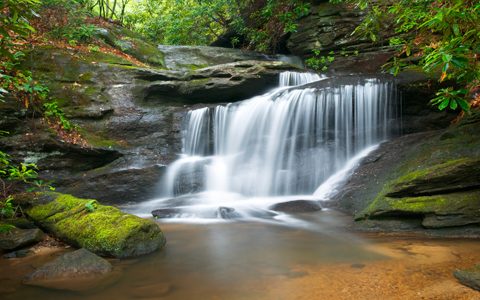 William Michael Pace, age 62, went home to his Lord & Savior on Thursday morning, March 24th, 2022, at the Elizabeth House Hospice Facility in Hendersonville, NC. He was born on April 4th, 1959, in Hendersonville to Howard & Barbara Pace. He was a graduate of East Hendersonville Highschool, class of 1977. Michael and Patricia were married May 3rd, 1991, in Sevierville, TN. They have two sons, Trevor and Ian Pace, who are actively serving in the United States Marine Corps.

Michael spent most of his life as a carpenter building some of the most elaborate homes of western North Carolina. He also served as a police officer for the town of Biltmore Forest. Michael was a true man of God and a Sunday school teacher for many years. He was dedicated to his work and strived for excellence in everything he did. Michael raised his sons to not only be strong men of God, but to be patriots and devoted to their country.

Michael loved being outdoors in God’s creation and taking care of any animal that would let him. Michael was a devoted student of life, always seeking more knowledge and sharing it with anyone who would listen. He was a self-claimed comedian and loved to make people laugh. He was a strong father, as well as a protective and loving husband.

Michael lived a full life and will be remembered as an amazing man of God and of family. He is survived by his wife, Patricia, his children, Trevor and Lauren Pace, Ian Pace, Reuben and Salina Barker, his mother, Barbara Pace Martin, and his siblings Scott Pace and Lisa Laughter.

Services are being held at Forest Lawn Funeral Home on Tracy Grove Rd. in Hendersonville, NC on Monday the 26th of March 2022. Visitation will start at 1:00pm, immediately followed by funeral services at 2:00pm.

Prayers for yall for comfort during this

Patricia, Trevor and Ian, I am so sorry for your loss. I’m sure Michael will be missed. Love and Prayers.

Patricia, Trevor and Ian my prayers are with you. I am so sorry about Michael.

Patricia, please know that I am thinking of you and the boys at this time. God is with you and them.
Love you and thinking and praying for you all!
Terry Rogers