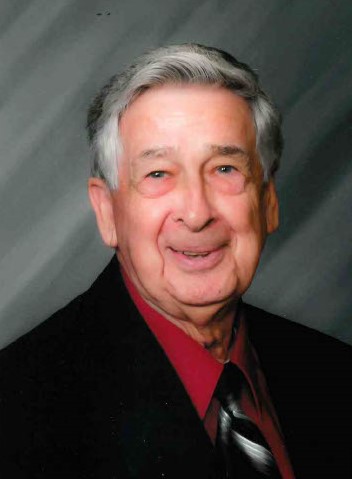 William Perry Wyatt was called home by his loving Lord and Savior Jesus Christ on Wednesday, July 6,
2022, his work here on earth is done. Perry was born August 25, 1937 to Rev. A. M. Wyatt and Leona
Toney in Rutherford County. He graduated from Harris High School.

Perry married his first love Bobbie G. Gilbert in 1958. Perry had a long and successful career with Dupont
retiring after 34 years as a Supervisor of the Finishing Area.

Perry was a loving Christian husband, father, grandfather and great grandfather. Perry always faithfully
supported his family and friends he loved unconditionally and was loved by many.

He attended Valley Hill Baptist Church for 30 years and was also a member of Calvary Baptist Mission
Church where he served as a deacon and treasurer at both. More recently he attended Mud Creek
Baptist Church in his last years.

After losing his first love, Perry was blessed to marry his childhood sweetheart Lucille Hood Wyatt who
also preceded him in death earlier this year. He was loved by her family who is also left to cherish his
memory her children Cecelia (Mike) Greenburg, Mitchell (Linda) Hood and their children and
grandchildren.

A service to honor is his life will be held at 3 pm, Sunday, July 10, 2022 in the Chapel at Forest Lawn
Funeral Home, with family receiving friends at 2 pm.

Barbara Pat and family May God comfort you and give you his peace Our prayers Wayne ,Joann Pace Mud creek baptist church

So very sorry for your loss Ed. Keeping you in my prayers.

Barbara and Pat, thinking of you and praying for strength and comfort.

So very sorry to hear of your loss! Cherish your good memories and know that I will be praying for God to comfort you.

Barbara and family. May you be comforted with the loving prayers of your friends and family. Jesus said He would not leave us comfortless (Jn 14:18)

I am so sorry to hear this. Jeff and family, you are in my continued prayers.

Our thoughts and prayers for the family. Perry was a precious man that loved the Lord and was a Christian example to those around him. We look forward to see him again in Heaven where I know he and my Dad are praising the Lord together.

Eddie you and Dianna both are I my thoughts and prayers

We are so thankful for all of our wonderful memories of Perry. Our deepest sympathy and our love to all of you.

I am thinking about you all and sending my condolences and love.