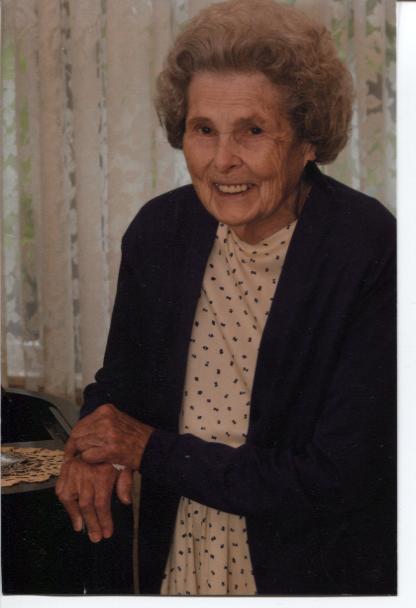 Wilma Jean Johnson, 89, of Hendersonville, passed away Saturday, December 22, 2012. Born in Frankton, Indiana, she was a daughter of the late Charles Vernon and Lois McCord Closser. She was also preceded in death by a sister and by her husband of 67 years, William Harold Johnson, Sr., who died in September of this year.

She met her husband while they were students at Emmanuel Missionary College in Berrien Springs, Michigan. They had lived in Michigan, Indiana, Washington, DC, Ruanda and Congo, Africa, Massachusetts, West Virginia, Wisconsin, Nebraska, Rhode Island and Tennessee before moving to Hendersonville. She was a Pastor and Missionaryís wife prior to returning to Hiram Scott College in Scottsbluff, Nebraska in 1967. She continued her education at the College of St. Mary in Omaha where she received her Bachelorís degree and then entered the Masterís program at the University of Nebraska. She completed her studies, and ultimately received two Masterís degrees from, Providence College in Providence, Rhode Island. Mrs. Johnson was employed by the Providence School System where she taught special education until her retirement. She was beloved by her students and colleagues alike, many of whom kept in touch with her to this day. A gifted pianist and organist, she loved classical music and also played the organ for the Seventh Day Adventist Church.

A funeral will be held 12:00 pm Wednesday, December 26, at Forest Lawn Funeral Home Chapel. Pastors Carl Ashlock and Marc Swearingen will officiate.The family will receive friends for half an hour prior to the service in the chapel. Entombment will be private.

Dear Johnson Family; We Thank the Lord for what we know now is a happy reunion with our Loved ones who have left us. Wilma was a gentle soul who loved education and children, and lived her life as a faithful Christian these many Years, I am humbled to have known Pastor & Mrs. Johnson now some 40 years, and they where always an inspiration and blessing to me, Much Love to Sharon, Harold and Malcom and the entire family, as we await our reunion with The Lord and reign with him in Eternity. The Lord Bless You.

Anna has experienced a lifetime full of adventures. She has seen and done so many things, and I wish that I had been able to share in some of her memories. Se devoted her life to the Lord and to teaching, and she has made an impact on so many different lives. May the Lord be with her.

Our love and prayers are with each of you!