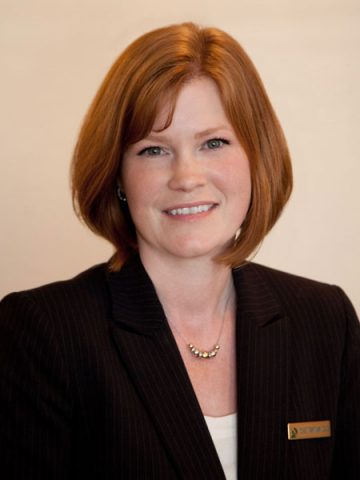 Chae Trantham Davis has served on the Forest Lawn and Shuler Funeral Home staff since 2008 and became Vice President and General Manager in 2012. Like several generations of her family, Chae is a Henderson County native and lifelong resident.

She began her funeral service career while still in high school, working in a local cemetery office. In 1997, she graduated from West Henderson High School and then went on to earn her degree in Funeral Service from Piedmont Technical Community College in Greenwood, SC in 2000.

Since receiving her North and South Carolina funeral license in 2001, she has been in Hendersonville working as a funeral director. She earned the prestigious Certified Funeral Service Practitioner (CFSP) designation by exceeding certification requirements in Academics, Profession, Public Education and Service, and Career Review.

Chae and her husband, Jason, live in Mills River and have three sons. They own and operate North River Farms and are members of Boylston Baptist Church. Chae is the former Mayor of the Town of Mills River.